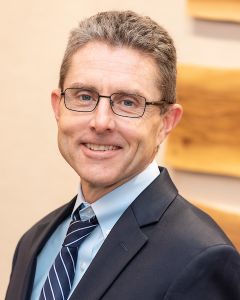 Chair- HVAF of Indiana, Inc. and Eli Lilly and Company

Steve Benz is an Air Force veteran, having served from 1985 to 1991. He is currently Senior Counsel at the Law Firm of Arnold and Porter, in Chicago, IL. Prior to that, he was an attorney at Eli Lilly and Company in Indianapolis for 18 years. Benz has served on the Board of the Hoosier Veterans Assistance Foundation (HVAF) in Indianapolis for over 15 years, where he was the Board Chair for six years. HVAF houses over 200 formerly homeless veterans and administers grants and other programs to prevent hundreds of others from becoming homeless. He has been on the NCHV Board for five years. He is also a volunteer runner for Back on My Feet, an organization, that through running and mentorship, helps persons (many of whom are veterans) who have struggled with homelessness and other issues to get their lives back on track. 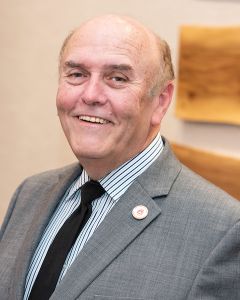 Pete Dougherty has been the Sheriff and Treasurer of Jefferson County, WV since 2013. In this role, he is responsible for law enforcement, tax collection, animal control, and courtroom and courthouse security for the county. He was previously the first National Director of U.S. Department of Veterans Affairs Homeless Programs, where he was an instrumental partner to NCHV, homeless veteran service providers across the country, and an advocate for the homeless veterans VA programs served. Prior to his career at VA, Dougherty served as a staff member to both the U.S. House and Senate Committees on Veterans Affairs. Dougherty is one of only three individuals to be a two-time recipient of the Jerald Washington Memorial Founders’ Award – the highest honor bestowed in the homeless veteran assistance community. 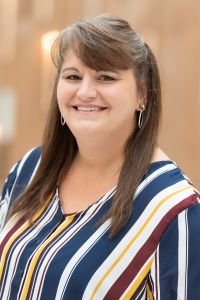 Cathrene “Cat” Nichols, a U.S. Army veteran, currently serves as Strategic Operations Manager for Washington State Department of Veterans Affairs, specializing in regional strategic and multijurisdictional partnerships. She serves as the Director of the Regional Veterans Service Center in Spokane, WA, and has been a member of the NCHV Board of Directors since 2018. 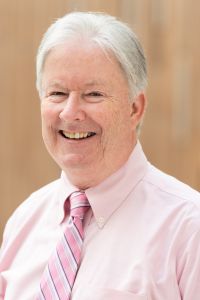 Patrick E. Ryan has a unique blend of experience in the Executive and Legislative branch and for the last 14 years as a trusted consultant on a wide array of issues affecting the delivery of services to veterans. Prior to becoming a consultant, he served for 21 years as the counsel to the Chair and Members of the House of Representatives Committee on Veterans Affairs, including serving as the Committee Staff Director and Chief Counsel from 2001 to 2004. Before going to work on Capitol Hill, Ryan worked at VA as a staff attorney in the Office of General Counsel, as a budget analyst in the Office of Management, and as a benefits counselor for the Veterans Benefits Administration’s Washington Regional Office. He has a broad knowledge of VA laws and the budget process, and has worked extensively with stakeholders to gain acceptance of a number of important changes to the laws and processes governing the delivery of benefits and services to our nation’s veterans. Ryan earned his law degree from Georgetown University Law Center, and his undergraduate degree in government and politics was awarded by the University of Maryland. 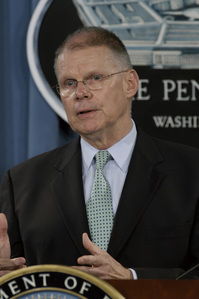 John Altenburg, Jr. served for 28 years as a lawyer in the Army. From 1997 to 2001, he was the Deputy Judge Advocate General of the Army. Altenburg retired at the rank of Major General. His service was marked by extensive experience in military justice, international law, and operations law. He was one of several key JAG Corps leaders who helped transform the practice of law in the Army by insisting that lawyers acquire soldier skills and immerse themselves in their clients’ business to become more effective advocates. Currently a principal with the Washington D.C. office of the international law firm Greenberg Traurig, Altenburg was a consultant on Ethics and Business Conduct to the President of the World Bank Group before joining Greenberg Traurig in November of 2002. His practice focuses on corporate governance, investigations, and contract litigation. 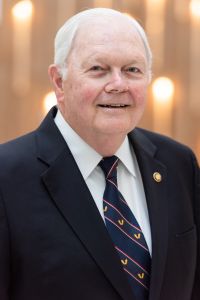 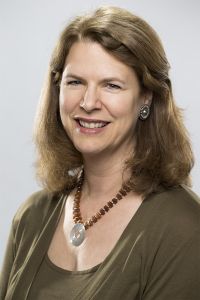 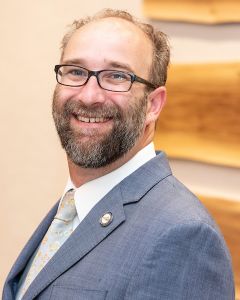 Matt Leslie is the Assistant Director of the Virginia Veteran and Family Support program for the Virginia Department of Veterans Services (VDVS). In this role, Leslie provides leadership and policy support to improve access for veterans in need of behavioral health, rehabilitative, and supportive services throughout the Commonwealth of Virginia. He is responsible for statewide coordination in addressing housing instability for veterans. He assists communities to collaboratively develop and enhance systems for increasing access for veterans through partnerships with local, state, and federal entities, including coordinating with six Veterans Affairs Medical Centers. Leslie chairs the Governor’s Coordinating Council on Homelessness Veterans Committee and was the lead when Virginia was the first state to effectively end veteran homelessness. Before joining VDVS, Leslie worked at the Virginia Department of Housing and Community Development (DHCD) as both a Homeless and Special Needs Program Administrator and a Housing Policy Analyst. He has his Bachelor’s in Geography from James Madison University and a Masters of Social Work (Administration, Policy, and Planning) from Virginia Commonwealth University in Richmond, VA. 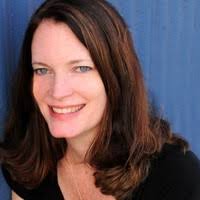 Tori Lyon, joined the Jericho Project in 1996 as the Director of Development. In 1999, she was promoted to Associate Executive Director, in 2005 became Executive Director, and in 2016 CEO. Lyon’s experience includes over 20 years in the supportive housing industry, primarily responsible for strategic planning, fundraising, housing and program development, and executive management. Prior to joining the Jericho Project, Lyon was the Grants Manager at Bailey House, a supportive housing program for people living with HIV/AIDS. At Jericho, Lyon has overseen the development of more than 350 units of supportive housing, launched a nationally-recognized Veterans Initiative, and led the strategic growth of the agency, more than quadrupling the number of people served since 2010. She holds a B.S. degree from the Wharton School of Business at the University of Pennsylvania. 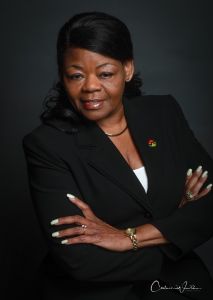 Wendy Charece McClinton is a native daughter of New York City, which is where she was reared and received her formal education. She is a decorated 10-year U.S. Army veteran who served during the Desert Storm Persian Gulf Era. As an administrator, her leadership and management skills gave way to her prolific role as President/CEO of Black Veterans for Social Justice, Inc., a community based organization that has served ALL veterans, their families, and the community in New York City for the past 39 years. 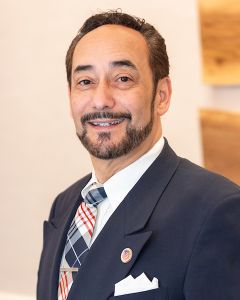 More than two decades ago, Vincent Perrone became involved in a grassroots effort to build the largest supportive services agency for veterans and their families in New England and was subsequently named Chairman, President & CEO of Veterans Inc. A 501(c)3, CARF accredited nonprofit headquartered in Massachusetts, Veterans Inc. has helped more than 75,000 veterans and their families in need and today operates a national referral service and offices and programs in all six New England states. Born in Worcester, MA, Perrone is a graduate of Norwich University, the oldest private military college in the nation and the birthplace of ROTC, where he was commissioned in the U.S. Air Force. He served in the military for 20 years, retiring as a Lt Colonel. He has a Master of Science Degree in Business Administration from Central Michigan University and holds Level III certification from the Department of Defense in Program Management and Acquisition Logistics disciplines. Following his retirement from the Air Force and before taking his current position at Veterans Inc., Perrone was Director of Global Government Marketing for EMC Corporation, a Fortune 500 company. Perrone and his wife, Debra, have four children, Francesca, Vincent III, Samuel, and Ricky.