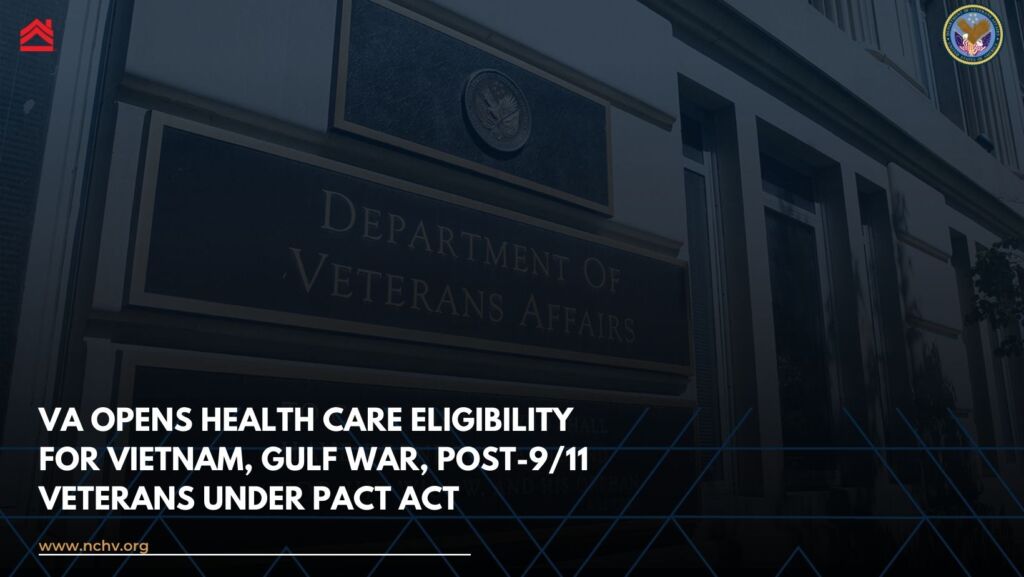 On Oct. 1, The Department of Veterans Affairs will expand and extend eligibility for VA health care for certain Veterans of the Vietnam War, Gulf Wars and post-9/11 era under the Sergeant First Class Heath Robinson Honoring our Promise to Address Comprehensive Toxics (PACT) Act. This expansion increases health care eligibility for generations of toxic-exposed Veterans.
Beginning on Oct. 1, Post-9/11 Veterans who did not previously enroll in VA health care will have a 1-year window to enroll if they:
Also on Oct. 1, the following groups of Veterans will be eligible for care:
While the expansion of PACT Act-related health care eligibility is staggered over the coming years, VA has made all conditions outlined in the PACT Act presumptive for benefits as of August 10, the day President Biden signed the bill into law. Eligible Veterans and survivors are encouraged to apply for those benefits now at VA.gov/PACT.
David Higgins2022-11-04T15:12:12+00:00
Toggle Sliding Bar Area
Page load link
Go to Top